Along with the rise in popularity of the internet over the past 20 years, a number of companies have emerged whose strategy is fundamentally different than most other companies’. Some of their most well-known representatives are Google, Facebook and Uber. Their main distinguishing characteristic can be found in their business model: The platform model.

Most traditional companies implement the pipeline model. Value is created by enhancing tangible or intangible resources across a supply chain, the end product of which is then sold to consumers.[/vc_column_text][vc_column_text]

Focus on Interactions, not Products

Platform businesses, on the other hand, create value by facilitating value exchanges. The values are not, however, created by the platform but the producers on the platform. Thus, the platform’s focus is not on selling products but on enabling interactions between its producers and consumers. Uber, for instance, does not offer cab rides itself, but instead, connects independent drivers (producers) with its customers (consumers).

Since a platform on its own usually does not offer any value, this model only works if the platform can be attractive for consumers as well as producers. Hence, the platform operator has to compete for two separate types of customers that are both equally vital to building the platform’s value. This kind of multi-sided business is illustrated in the following diagram:[/vc_column_text][vc_single_image image=”9362″ img_size=”w800″][vc_column_text]

In the context of platforms, the roles of consumers and producers are not always clear-cut. Even though these roles are relatively clearly defined on a platform such as Amazon Marketplace in respect to the core interaction, buying and selling, customers can take on the role of producers by submitting reviews and thereby enhance product listings.

Depending on the platform and type of interaction, Users can also take on both roles at the same time. On social networks, such as Facebook, the line between consumers and producers quickly gets blurred since most users produce and consume content of one kind or another.[/vc_column_text][vc_column_text] 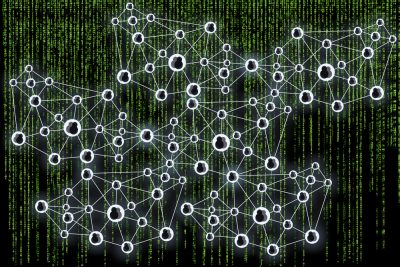 This network effect is one of the fundamental pillars platforms are built on. Once a certain critical mass of users has been reached, interactions become possible on a regular basis. This serves as a base value to consumers and producers, which keeps increasing with every new user to the platform. Once this point is reached, platforms usually grow exponentially.

Again, Uber serves well to illustrate this example. The more consumers Uber has, the more attractive it is for new drivers to join the network because of the increased earning potential. The additional drivers, in turn, make the platform more valuable to consumers because wait times are reduced by the increased density of drivers.[/vc_column_text][vc_column_text] 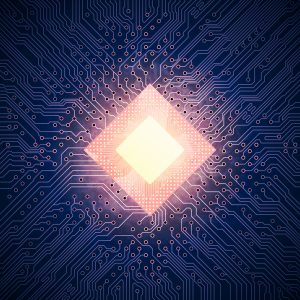 The network effect in and of itself is not a new concept. Malls and markets have used it for generations by assembling businesses in one place to draw in more customers. So, what else contributes to this recent spike in new platform businesses?

The answer is technological progress; the second pillar of platform businesses. Miniaturization has led to lower hardware prices and smaller sizes, while at the same time boosting performance. The widespread availability of cloud services reduces market entry barriers and enables startups to compete with corporate IT infrastructures at a fraction of the cost.

These low costs, coupled with the lack of a physical product, reduce marginal cost to close to zero and allow platforms to scale at unprecedented speeds. This has allowed companies such as Google, Facebook and Uber to expand internationally quickly and to secure significant market shares for themselves.[/vc_column_text][vc_column_text]

The third pillar platforms build upon is their uncompromising focus on customer value. This can be observed in several ways. 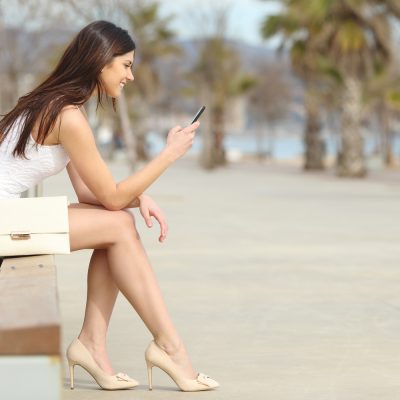 Instead of tethering customers (consumers as well as producers) through long running contracts, most platforms continuously improve their product and customer experience to suit the customers’ needs in order to retain them voluntarily. In a day and age that makes it as easy as never before to compare competing products, this leaves customers more open to being convinced by the value of the product and helps the platform grow.

Additionally, successful platforms constantly try to reduce transaction costs for their customers. On the financial side, these costs are reduced through a lean organization, automation and flexible contracts. Additionally, customer data is collected and analyzed in order to enhance the customer experience and meet the high expectations of customers in the digital age.

After uncovering the fundamentals of the platform business model, let us take a closer look at the different types of platforms as well as some prominent examples in the second part of this series.[/vc_column_text][/vc_column][/vc_row]