Impact of Platforms on Established Companies

The business models of platforms and traditional businesses are too diverse to make a general assessment of whether platforms as a whole present an opportunity or a threat for traditional companies. What can be determined, however, is that either way, the widespread emergence of platform businesses compels pipeline companies to action.

The necessity for action is hardly surprising. Companies have known for generations that only continued progress can deliver long-term success. History since the Industrial Revolution has shown that this evolution progressively gains momentum, rather than relenting. The Digital Revolution reinforces this phenomenon through the accelerated exchange of knowledge in an interconnected world.

To assess the opportunities and risks of various platforms, we use the categorization of platforms from the second part of this series.[/vc_column_text][vc_column_text]

In most cases, content platforms will present new opportunities for established pipeline companies. Social Media Marketing, for instance, has been part and parcel of corporate marketing strategies for several years now.

Many companies, however, still make the mistake of treating these platforms as unidirectional channels, akin to traditional media, that merely deliver marketing content to consumers. Successful campaigns, however, often take advantage of users’ double role as consumers and producers. The resulting interactions strengthen customers’ emotional bonds with a brand, which will be reflected in customers’ brand loyalty. Additionally, these interactions can be analyzed to find unmet customer demands or to derive statistics about the campaign’s effectiveness. 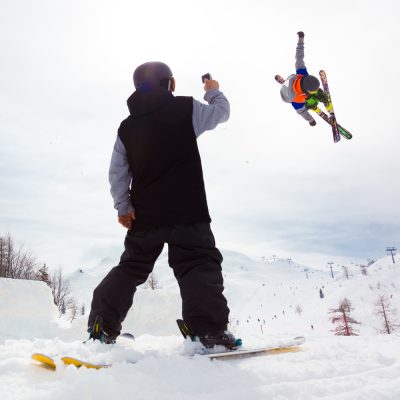 The camera manufacturer GoPro is a successful adopter of this strategy. They encouraged users to share their GoPro videos and provided free tools to make this task as easy as possible. This user generated content presented more credible and effective marketing material than anything GoPro could have produced internally and helped them build a global community of users. Additionally, this community provided valuable feedback that could be used in future product development.[/vc_column_text][vc_column_text]

Exchange Platforms tend to present a bigger threat to pipeline companies than content platforms do. The exchange of goods or services on these platforms is very similar to the value proposition of pipeline companies and therefore often represents direct competition. Coupled with their ability to scale very fast, this makes exchanges platforms competitors to be reckoned with. When competing with these types of platforms, pipeline businesses have several options. [/vc_column_text][vc_column_text]

Unfortunately, this option is listed first for a reason. Many companies do not recognize or refuse to see, the dangers platforms can present to their business model. This includes the belief that their business model has never failed them in the past or that startups are of little consequence to large corporations. In fact, however, platforms from unexpected industries can suddenly emerge as competitors and disrupt existing products or services. The disrupted companies often only recognize the threat once it is already too late.

The messaging service WhatsApp illustrates this point very well. This communication platform built by a team of only 55 people started a revolution in mobile communications. In 2012, 163m text and MMS messages were sent each day in Germany. Within only three years this number fell to 40m, while over the same period, the number of WhatsApp messages skyrocketed from a mere 20m to 667m per day.[/vc_column_text][vc_column_text] 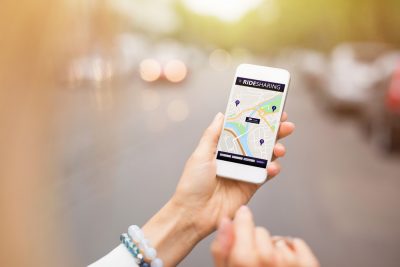 Another initial reaction to newfound platform competition is strong opposition. Over the last few years, this could be observed in an industry that has not seen much innovation since the mass production of the automobile. Representatives of the taxi industry in various countries and cities have attacked and lobbied against the introduction of UberX. (UberX allows anyone to offer transportation services via Uber’s mobile app.)

At the start of the last century, the main mode of transportation were horse-drawn carriages. As the innovation of time, the automobile, became more and more popular, it too was met with strong opposition. This resistance, lead to ridiculous regulations from today’s perspective, that, among other things, reduced speed limits to a walking pace. Carriage drivers, who had a vested interest in the status quo of the taxi industry, overlooked, much like their modern counterparts, the reason of their eventual disappearance: Customers’ demand for fast and comfortable transportation, coupled with the technology, capable of providing it at a far superior level to the standard at the time.

Even if opposition and lobbying for prohibitive regulations against innovative platforms like Uber may stall the competition in the short term, they show that their beneficiaries have, much like the carriage drivers, failed to recognize market demand. After all, history has shown that the most persistent advocates of the status quo are rarely among the winners when innovations inevitably triumph.[/vc_column_text][vc_column_text]

Even though joining an exchange platform as a producer may be a double-edged sword and may even border on blasphemy for some, it can definitely present the way forward for others.

Exchange platforms like Amazon or Check24 tend to position themselves in between pipeline businesses and customers. This can be beneficial, as it essentially outsources large parts of the client-facing IT-infrastructure and marketing efforts. For some companies, like manufacturers, the benefits will usually outweigh the costs. Platforms allow them to increase their profit margins by selling their goods directly to a large number of customers with relatively little effort.

These benefits, however, come at a cost. Companies surrender their direct client interaction the chance to influence the customer experience they provide. This places merchants and service providers in a supplier role and deprives them of a significant data source upon which they could otherwise build to increase data-driven decision making.[/vc_column_text][vc_column_text]

Some companies may even be tempted to launch their own platform. As long as existing customers can be convinced to join the platform as consumers, a critical mass of users can be reached very quickly. (See Scaling a Platform) Additionally, if existing partner companies can also be sold on the idea, many of the initial scaling obstacles for platforms can be avoided from the start. Launching a platform can pave the way towards long-term competitiveness by disrupting the market instead of waiting to be disrupted and enabling the company to secure a reliable source of data. 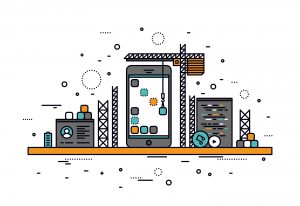 While this approach may sound promising, initially, it will not be suitable for most companies. The necessary changes to company culture, mentality, organizational structure, reporting requirements and the status of IT knowledge within the company will prove too great an obstacle for many. Some companies may still, however, explore the possibility of separating a prospective platform from their other operations by launching it as a spin-off or a startup in their Corporate Accelerator Program.[/vc_column_text][vc_column_text]

Even though the above descriptions highlight some of the avenues companies can take to avoid being disrupted competition from modern platforms, they do not address the fundamental problem many companies have: The integration of a digital mindset into the organization. Even though the core value a company offers may not change as a result of digitalization, the way this value is provided likely will.

Again, we turn to history for illustration. During the Industrial Revolution, the same effect could be observed: While companies still catered to the same demand as before, the way goods were produced changed dramatically. Businesses retained their core competencies but had to supplement them with machinery related capabilities in order to stay competitive. Enterprises that were able to apply the new technologies more competently to their value creation process, obtained a competitive advantage.

What differentiated the vanguard from the followers then, just as today, was the integrity with which the potentials of the new technology were applied to the entire company. Those, content with simplifying a few isolated tasks through machines were no match for competitors who automated entire processes.

The digital revolution holds similar potentials and risks. Companies that only recycle traditional processes with a digital twist such as digital mailrooms or run web shops without taking advantage of analytics have failed to recognize the potentials of digitalization. Instead, companies need to incorporate digital technologies into their vision if they do not want to leave the field to others.

Hence, digital potentials should be reflected in companies’ strategies if they wish to be part of the vanguard and reap the corresponding rewards. This entails building a solid level of digital competence outside of traditional IT departments in order to apply technology’s potentials to a company’s entire value chain. Furthermore, a customer value oriented culture should be established in order to meet the shifted customer expectations of the digital age.

You can find additional information on some of the above concepts here.[/vc_column_text][/vc_column][/vc_row]